Here is the new feature of WhatsApp ‘somewhere familiar’! However, users "oh" will make you say

WhatsApp, one of the most popular social media applications in the world, continues to work on new features apart from the survey feature. By offering WhatsApp survey creation feature, “How to make a survey on WhatsApp?” He replied to his users who asked. Now it has been noticed that WhatsApp is working on a new feature. The new feature of WhatsApp will be familiar to you from somewhere. It will still make users say “Oh”. The new feature was discovered in the beta version of WhatsApp Desktop.

WhatsApp has more than millions of users. This also requires WhatsApp to continue to offer new features by keeping up with current developments. platform, finally WhatsApp survey made a sound with its feature. Creating a WhatsApp poll With the feature, users had the opportunity to create polls from within the chat. “How to make a survey on WhatsAppAlthough there are those who ask, “These questions are Make a poll on WhatsApp methods were answered. But now it is understood that WhatsApp has a very different feature in mind. So much so that this feature even looks familiar from somewhere!

HERE IS THE NEW FEATURE OF WHATSAPP! USERS WILL SAY “Oh” 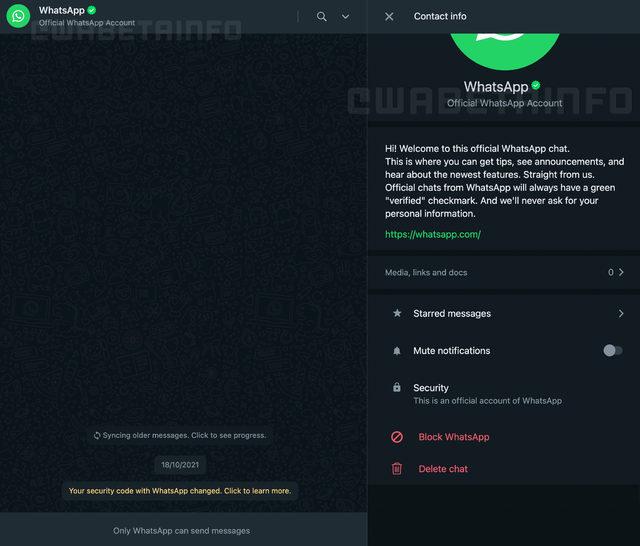 It has been discovered that this feature is currently in development. Since it is still under development, there is no information about when this feature will be available to beta testers or all users.

According to estimates, the official WhatsApp chat will be a read-only, end-to-end encrypted chat. Therefore, no one will be able to interfere with the messages. Those who do not like to receive messages from WhatsApp will be able to mute or block this chat.

According to WABetaInfo, WhatsApp is working on an official chat page. Thanks to this chat page, you will most likely be able to receive messages from WhatsApp. You will also be able to get tips from WhatsApp, see new announcements about WhatsApp and learn about the latest features. Yes, this feature is familiar from somewhere because Telegram, one of the biggest competitors of WhatsApp, offers a chat page like this and shares new features with users.

WHEN WILL THE NEW FEATURE OF WHATSAPP BE AVAILABLE?

It has been discovered that this feature is currently in development. Since it is still under development, there is no information about when this feature will be available to beta testers or all users. December 15, 2022
The best mechanical keyboards of 2022, which stand out with their longevity and usefulness #Tech #Technology #technews Nostalgia the size of a matchbox! It surprises those who see it: The price is… #Tech #Technology #technews The best printer models of 2022 for home, work or school The price has dropped to 750 TL! Discount on Philips headphones that get full marks from users #Tech #Technology #technews